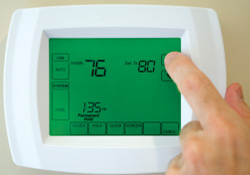 An energy-efficient Wisconsin is a strong Wisconsin

Energy efficiency is the easiest, least expensive way to reduce Wisconsin’s overdependence on dirty fuels. Energy efficiency actually saves money; for every $1 invested in the state’s energy efficiency program, Focus on Energy, homeowners and businesses save $2.30, according to an audit released in December 2011.

In 2006, Clean Wisconsin helped pass Act 141, a landmark law that doubled Wisconsin’s investment in energy efficiency. It was a critical first step, but it represents only the beginning of the energy savings that can be achieved in the state.

In addition to lowering energy bills, Focus on Energy helps create thousands of jobs in the state. A bipartisan poll conducted in January of 2012 shows that 68 percent of Wisconsin voters recognize that energy efficiency projects will help create new jobs.

In 2010, the Public Service Commission announced it would increase funding for Focus on Energy. However, in a move that promises to result in higher energy bills and fewer jobs, the legislature rescinded that decision in early 2011. Clean Wisconsin is now working with legislators and our business allies to restore funding to Focus on Energy.